“When you looked at an album cover in the old days,” Veronica explains, “it told a story. The album cover and the title kind of prepped you for what you were about to experience, and I always felt that a jazz album isn’t just the music that is played—it’s the whole package. When you pull out that CD, it should be like a storybook. The cover and the album title kind of whet your appetite, and when you hear the songs, it takes you through an experience. It should all be an experience.”

Like her previous release, American Lullaby (which focused on jazz interpretations of lullaby-like melodies), Standard Delivery is very thematic (its dominant theme being a jazz vocalist’s relationship with time-honored standards). On Standard Delivery, Nunn puts her personal stamp on an abundance of classics from the Great American Songbook, including George Gershwin’s “A Foggy Day,” Richard Rodgers & Lorenz Hart’s “Where or When,” Dorothy Fields’ “I Can’t Give You Anything But Love” and Jerome Kern’s “I’m Old Fashioned.” Not every melody on Standard Delivery originated in Manhattan’s legendary Tin Pan Alley; the album moves into Brazilian territory on Antonio Carlos Jobim’s “One Note Samba,” and “Honeysuckle Rose” was composed by the great stride pianist/singer Fats Waller. But everything on Standard Delivery is a well-known standard, and everything on the album receives Nunn’s personal touch.” I don’t want an album to be just a bunch of tunes that I randomly threw together,” Nunn notes. “That’s why I put a lot of energy into having a theme and a continuity when I record an album.”

The fact that Standard Delivery sounds both spontaneous and focused has to do with not only Nunn herself, but also, with the presence of her working trio, which consists of acoustic pianist Travis Shook (who is Nunn’s husband and frequent musical collaborator and is known for his 1993 debut album on Columbia Records/Sony Music), upright bassist Jennifer Vincent and drummer/percussionist Jaz Sawyer. Nunn’s cohesive and highly sympathetic trio, which also appeared on American Lullaby in 2000, has been backing her for 13 years—and their presence is a definite plus throughout Standard Delivery.

“It isn’t just the singer who makes a jazz vocal record work; it’s the whole band and the way the band comes together,” Nunn stresses. “Travis and Jaz and Jennifer are unbelievably supportive. We really know each other musically; we work together all the time, and have played together in many clubs. We have a real sense of each other, and that is so important when you go into the studio. In the past, I’ve played with people who just dialed it in, but I’ve never gotten that with Travis, Jaz or Jennifer. This trio has a real sense of commitment.”

Michael Steinman, Cadence Magazine
“Her enunciation and intonation are a reproach to better-known singers.”

George Harris, All About Jazz
“she is disarmingly comforting, letting her assuring voice caress you like a late night neck rub.”

Dick Crockett, Still Another Jazz Show, 88.7FM
“This young lady is Broadway, where a singer reaches for the same address as a Carmen McRae and Sarah Vaughn . . .” 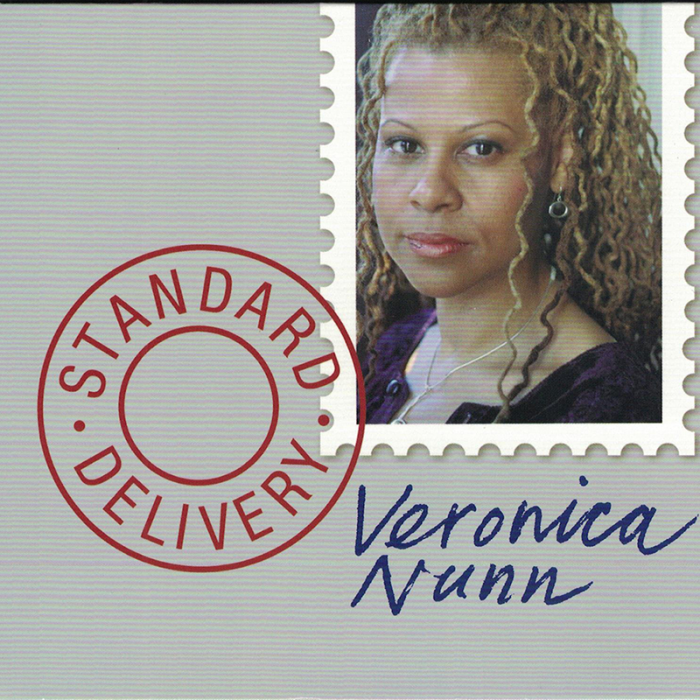 This albums is now available