“I fell in love with Veronica’s voice the first time I heard it. For the past 18 years, I’ve enjoyed singing with her on the road and sharing my music with her. The highest compliment a songwriter can receive is having someone record his songs. I love the way Veronica has interpreted my music with her own unique talent and special gifts. I’m honored.”
—Michael Franks, 2010

With The Art of Michael Franks, Veronica Nunn’s third release for Dead Horse Records, the dominant theme of her recording Standard Delivery – a jazz vocalist’s relationship with time-honored standards – is revisited. But this time instead of pulling from the Great American Songbook she explores the musical creations of world-renowned contemporary jazz singer/songwriter Michael Franks. Embarking on a new musical collaboration with Michael Franks (in the form of a duet on “Leading Me Back to You”) as well as building on old ones, Veronica and friends develop arrangements that reintroduce listeners to some familiar songs of Mr. Franks as well as shine a light on some of his more obscure compositions – all the while reshaping those songs in accordance with Veronica’s unique approach and interpretation.

With over 19 albums to his credit, Michael Franks is one of the most prolific and respected composers in the world of contemporary jazz. Utilizing shadings of Brazilian, pop, jazz, funk, soul, chamber and music from around the globe, his songs have been recorded by Peggy Lee, Melissa Manchester, Mark Murphy, Joe Sample, Yellowjackets, Natalie Cole, The Manhattan Transfer, Patti Labelle, Carmen McRae, Diana Krall, Shirley Bassey, Ringo Starr, and The Carpenters.

Veronica Nunn’s longtime association with Michael began when she was invited to join his band in 1993. Touring the world with the Michael Franks band, Veronica began to develop a stronger respect for and fascination with his music. In 2000 she recorded Michael’s “Don’t Be Blue” on her debut CD American Lullaby. This ignited the spark that prompted Veronica to delve further into his library of songs to extract the selection of tunes that is The Art of Michael Franks.

“I wanted to do a tribute to Michael as I believe he is one of the greatest living songwriters today. His songs are as classic as any one of the jazz standards made famous by legendary jazz performers’, states Veronica. “His songs are so well-written structurally that you can arrange them to fit easily into any music genre. His melodies and lyrics, some of which were written over three decades ago, are still accessible to the listener today. When songs stand the test of time, then I call that art.”

But how to select twelve songs from a catalog of over two hundred? “It’s hard enough for me to make basic decisions about what to wear even when I don’t have anywhere to go,” says Veronica.

“I feel that my decision-making process was guided by two things – songs requested by the fans and my own personal favorites. His fans are enthusiastic about the songs they like and want to hear and they don’t have a problem letting you know that before, during and after the show. And my favorites were based on the time I spent backstage with Michael, which gave me an insight into the sensitive and witty way he approached love and life. I really wanted to make sure that I didn’t overlook those qualities by just recording the ‘hits’, per se.”

One song, however, was selected by Michael Franks himself – the quiet and contemplative “Leading Me Back To You”. This duet, performed by Michael and Veronica, captures the magical blending of their voices which demonstrates why they’ve chosen to work together for the past 18 years. Originally appearing on Joe Sample’s Spellbound at a much faster tempo, the song was slowed down considerably at Michael’s suggestion and colored with a bossa nova groove. The outcome was a haunting love song about redemption and gratitude and is one of the high points of the CD.

Veronica remained true to Michael’s signature laid back style on selections like the jazz waltz “Really Hope It’s You”, the pop ballad “Tiger In The Rain”, the lyrically clever and swinging “Fool’s Errand”, and the memory-stirring “How I Remember You.” On other songs, such as “Robinsong” and “Long Slow Distance,” she added more chord alterations to give it a distinct jazz flavor.

Songs more markedly removed from their original versions include “Lovin You More and More” which was given an Afro Cuban / Cha Cha feel (patterned after the song “Mazacote” by Latin jazz percussionist Mongo Santamaria) and the fast driving, swinging “Sometimes I Forget to Smile,” which begins like a roller coaster ride and unexpectedly moves through the chaos of the world’s frantic pace – reminding us that in the midst of it all, one should not forget humor, as it is your best companion for the ride.

“Rendezvous in Rio” opens with the great Brazilian percussionist Café – transporting us to the carnival atmosphere of Rio de Janeiro. The slower and revealing version of “When You Smiled at Me” was changed from its original contemporary pop/jazz feel to the trademark bossa nova style that is Mr. Franks is often associated with.

Finally, the simple and direct arrangement of “When He is Mine,” played with sparse, minimalist accompaniment by her core trio, showcases the lyrical storytelling skill and haunting melodies that have over the course of 33 years established Michael Franks as a true statesman of songcraft.

Veronica used this session as an opportunity to record with some of the musicians from the Michael Franks band whom she has performed with over the years. These musicians include her longtime friend Charles Blenzig (who has been Michael’s musical director and pianist/keyboardist for 20 years and who was instrumental in several of the arrangements on the album) as well as bassist Sean Conly, tenor, soprano and alto player David Mann, and legendary percussionist Café.

Veronica also brought in some musicians she’d played with in the past but hadn’t had the opportunity to record with before such as tenor and alto saxophonist Jacques Schwarz-Bart, bassist Kengo Nakamura, and drummer Donald Edwards. And no Veronica Nunn CD would be complete without her husband, pianist Travis Shook.

This is her third solo CD for Dead Horse Records. It was also released and distributed in Japan by T.A.C.S. Records on which the bonus track “How the Garden Grows / Vivaldi’s Song” were exclusively available. Now this CD with the bonus tracks is available for download only.

Reviews for The Art of Michael Franks

Plenty of jazz singers, from Carmen McRae to Diana Krall, have dipped a toe or two into the Michael Franks songbook, but none can claim as thorough an investment as Veronica Nunn. In 1993, Nunn was invited by Franks to join him on the road and in the studio. She has remained a cornerstone of his group ever since.

So it is entirely fitting that Nunn, for her third outing as leader, devotes an entire album to Franks’ material. Her sound is fuller and more robust than his. And, as is particularly evident on her interpretation of “When She Is Mine,” she evokes a heightened sense of mystery. But they share one vital stylistic trait: the ability to cage immense emotional power in the softest intimacy.

Lay their readings of “Long Slow Distance” side by side and you’ll immediately appreciate the similarity. As gorgeously demonstrated by Nunn on “Loving You More and More,” she also shares his ability to nimbly dance atop a relaxed bossa beat. Franks himself joins Nunn on “Leading Me Back to You.” (The only of Nunn’s dozen selections that never appeared on a Franks album, it was written with Joe Sample for Sample’s Spellbound.) Given their 17-year history, it’s hardly surprising that they blend like the most kindred of spirits. 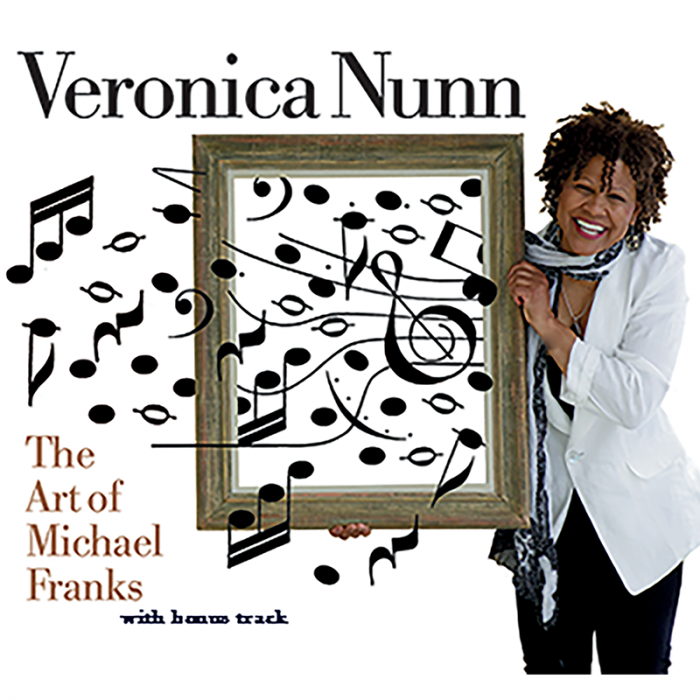 This album is now available